Cultural heritage encompasses our history and our identity. It is our link to not only the past but also the present and the future. It’s what makes us us. While it belongs to everyone, it is also and particularly the property of those geographically and/or intellectually most involved with it.

It was with this in mind that Cultural Heritage Publications was founded in 2021. Our mission and motto is ‘recording the past to nourish the future’ with the emphasis on heritage that is either neglected or all but forgotten. Our books are aimed at lay people and specialists alike.

Our first two publications, The House of Illigh (edited by Bert Hogervorst) and Annie Wright’s The Old Kasbah of Illigh, transport the reader to Illigh on the edge of the Moroccan Sahara. This once flourishing settlement was a hub for caravans bringing merchandise from Timbuktu across the Sahara to Illigh and beyond. This cargo included gold, ivory and enslaved black people, some of whose descendants still live in the village surrounding the kasbah.

Bert Hogervorst is an Egyptologist and classicist. She has a particular affinity with Ancient Egypt, North Africa, Ireland and the Near East. Apart from publishing books, she also accompanies small-scale cultural groups to these areas.

Annie Wright has been photographing cultural heritage for more than 20 years. She has exhibited widely and also specialises in the written word through copywriting, journalism and translation. 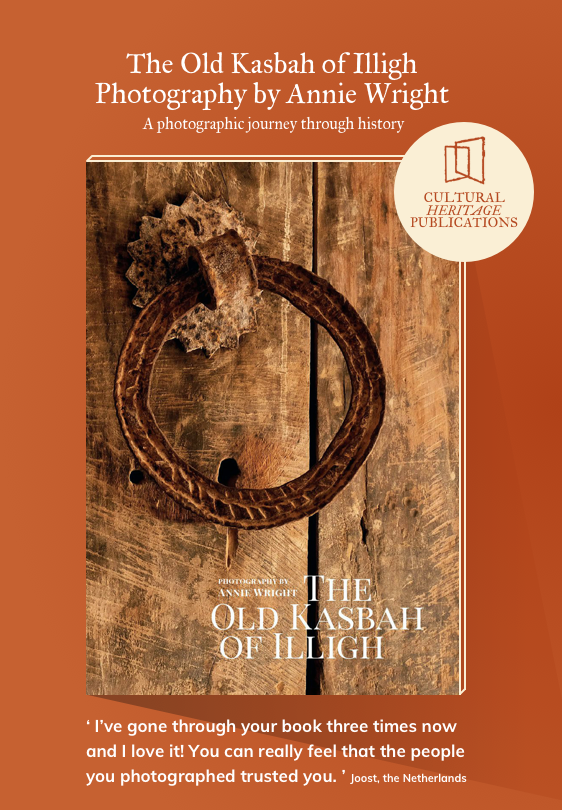 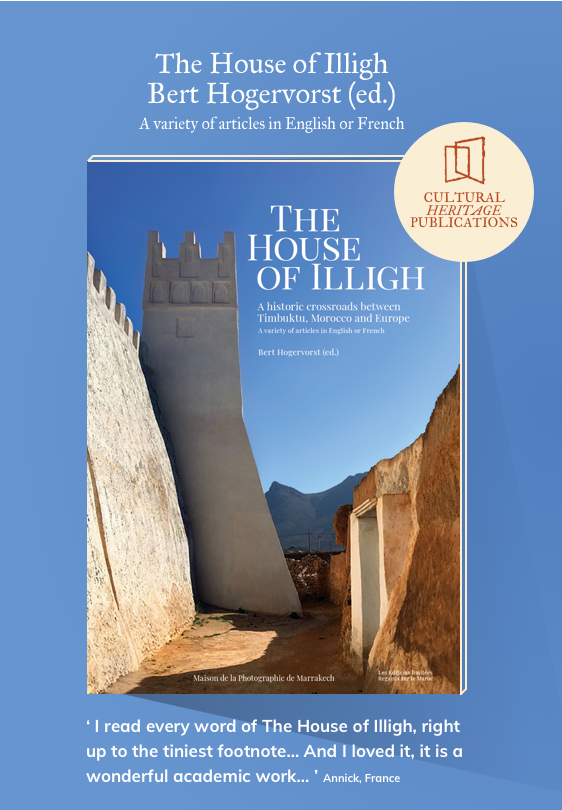